Blacksmithing is the art of forging metal using tools like a hammer and an anvil to make objects, like hinges, nails, hammers, and more. It was a common practice before the industrial revolution when most towns had their own town blacksmith shop, also known as a “village smithy.” In the late 1800s, factories and mass-production reduced the demand for smithed tools and hardware. It is regaining popularity as blacksmiths become more interested in forging their own tools, and modern blacksmith guilds offer support, education, and a sense of community around this growing niche.

BLACKSMITHING HISTORY OF THE MIDDLE AGES

Understanding the Fundamentals of Blacksmithing

These are two foundational and essential processes to start blacksmithing. When you forge metal, you heat it in the forge to hammer and bend it into your desired shape. Forging temperature and hammering processes depend on the type of material you are working with and the object you plan to create.

Drawing is an essential technique in blacksmithing and is used to make your metal longer and thinner. You will want to use your tongs to hold down your piece on the anvil and hammer both sides to extend the length.

Upsetting is the opposite of drawing, and is used to make your metal thicker, shorter, and narrower. This requires a little more technical skill than many forging techniques. The process can be difficult to control and is used in more advanced stages of blacksmithing. You can heat the specific part of the metal in the forge that you intend to shape, rather than heating the entire piece in the forge.

To make a bend or curve in the metal, heat it and hold it over the anvil horn and strike it with a hammer to make your desired curve. You can strategically heat sections of your metal in the forge before bending it, rather than heating your entire piece. You can also unbend metals by reheating the metal and reversing your steps.

Punching utilizes a punching tool to make holes in hot metal. Begin by heating the metal, identify where you want to punch a hole and hammer your punching tool softly on the intended spot until you feel resistance from the anvil. Be careful not to hit too hard, so you do not damage the surface of your anvil. 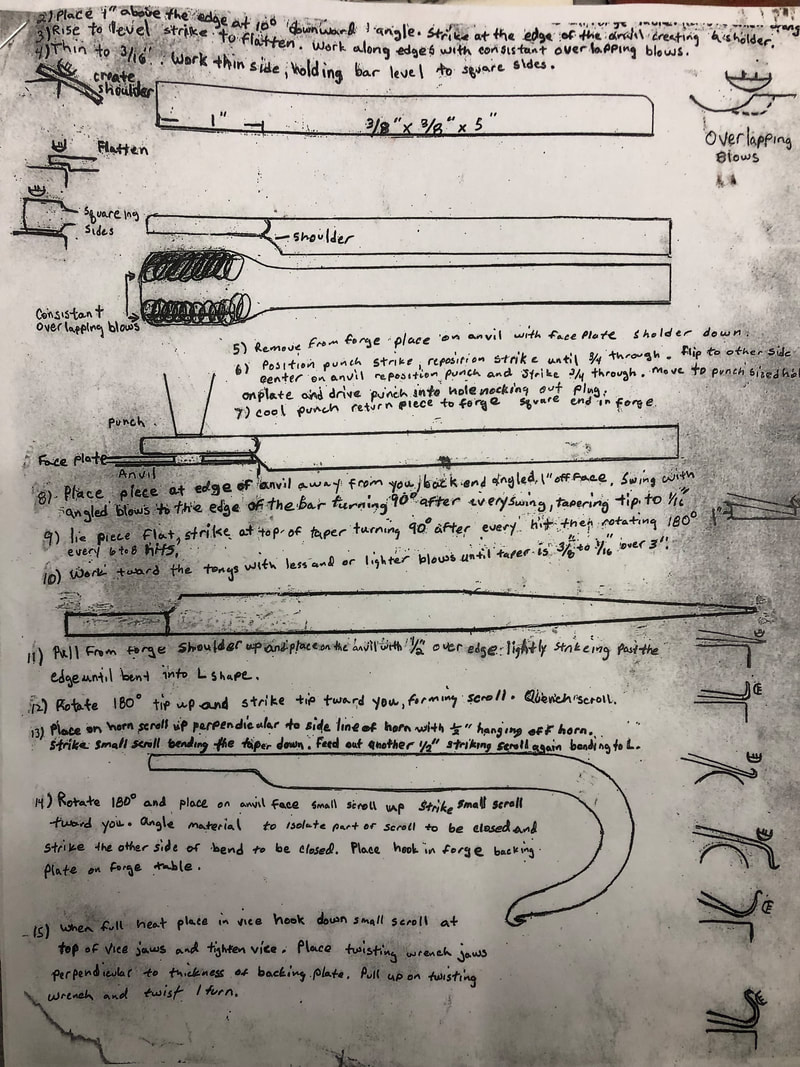 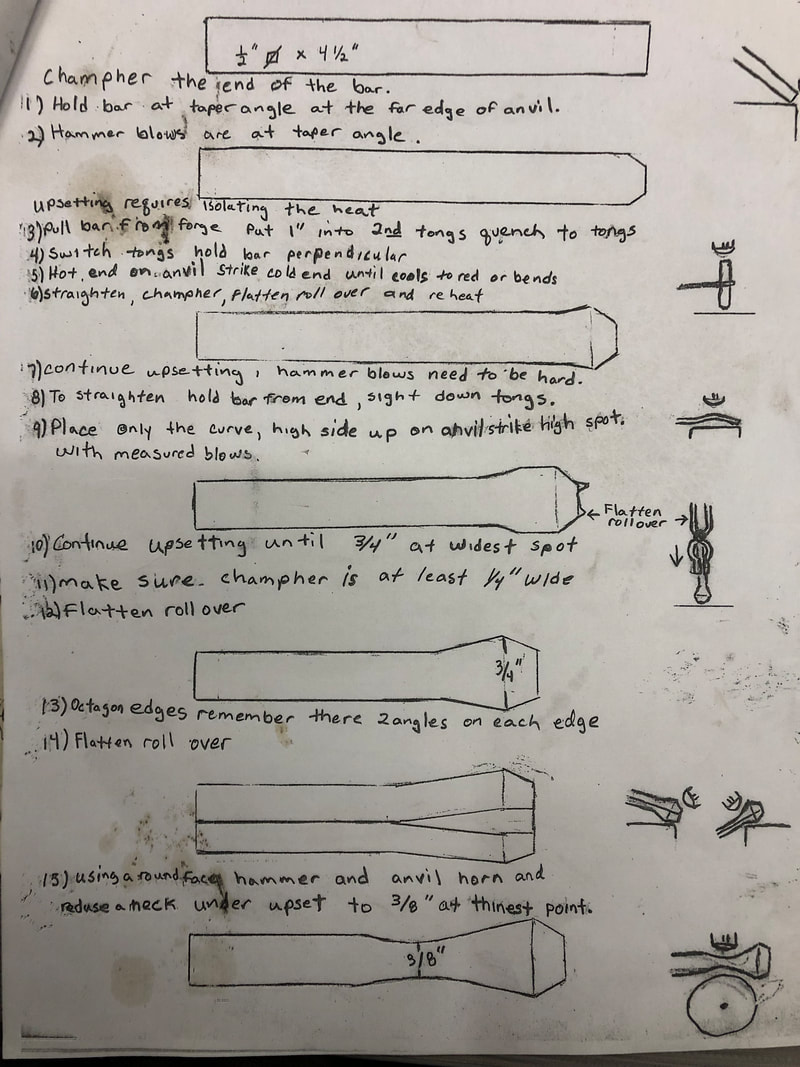 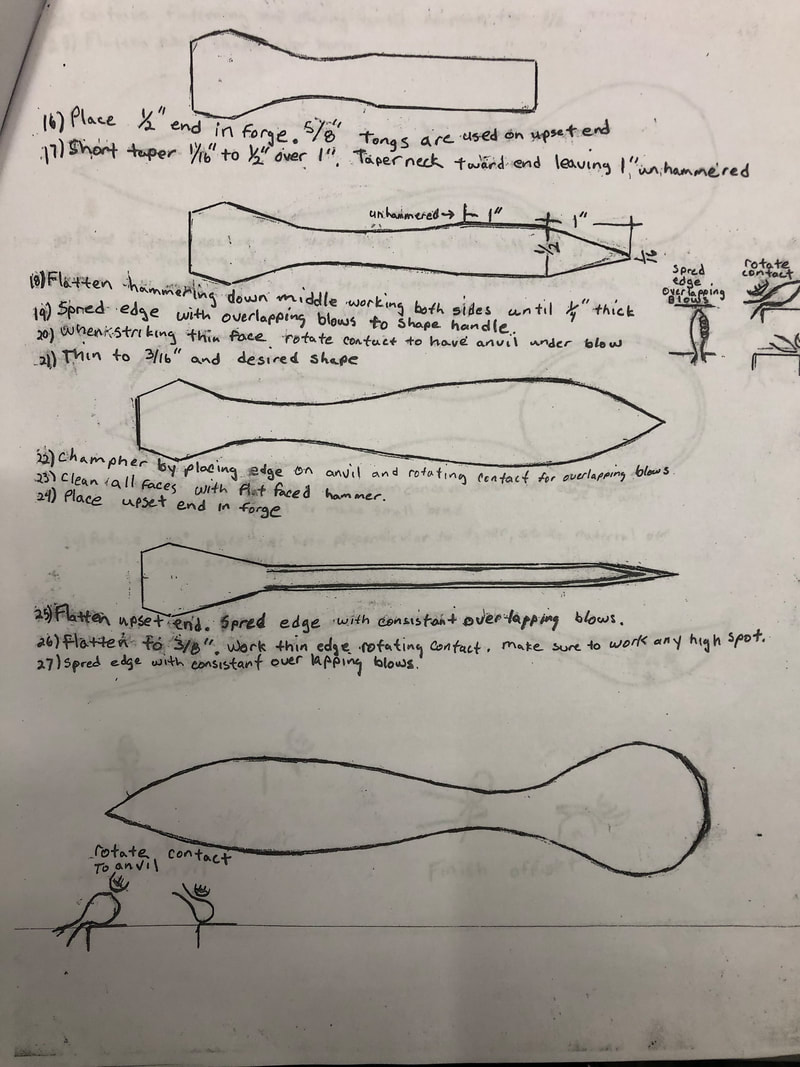 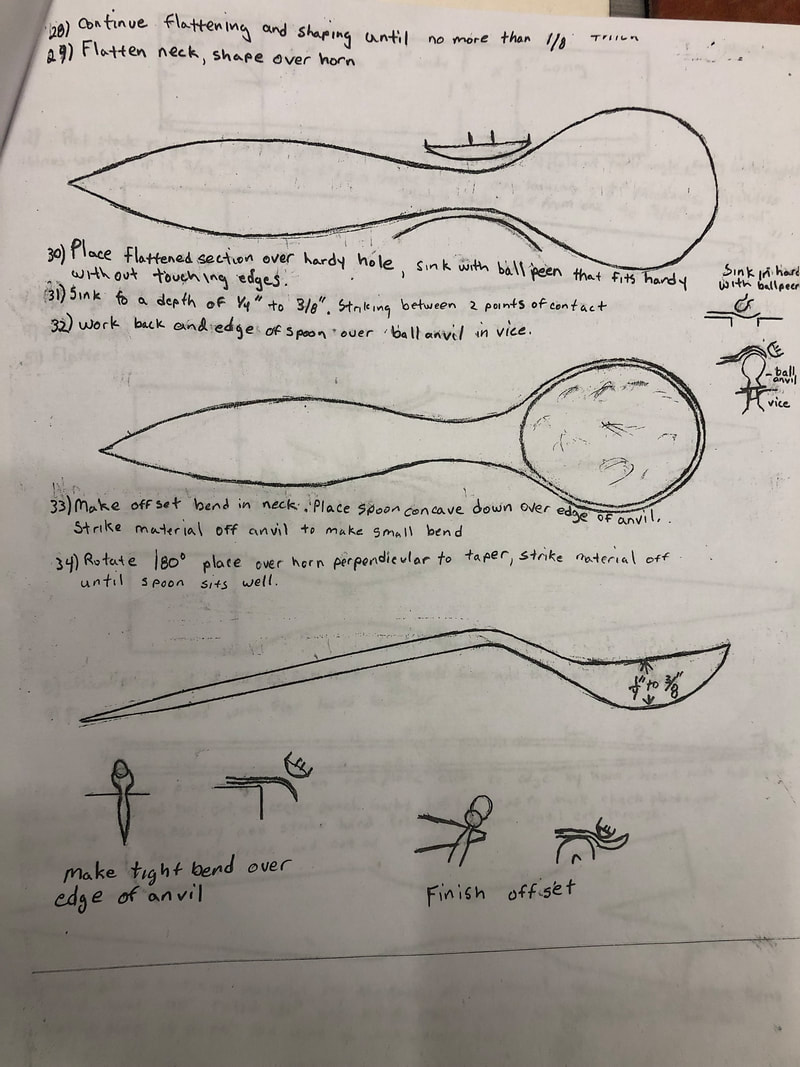